The penultimate day of the World Championship Finals produced so many upsets, it’s impossible to predict who will become today’s Champion of the World Match Racing Tour.

It was a huge day of giant-killing which began with Chris Steele’s 3-0 victory over reigning World Champion Ian Williams. The 23-year-old Kiwi was generally getting the better of the six-time Match Racing World Champion in the pre-starts and leading the Briton off the start line. In the moderate to strong breeze, with crewman Ben Lamb’s glistening biceps on full display to the gathered crowds, it was an impressive show of strength by the young New Zealanders.

“I don’t think Ian really did anything much wrong today,” said Steele modestly, “we had a bit of luck at times and just did the small things slightly better. Sailing how we sailed today, I don’t think anyone would have beaten us. I’d be happy to go up against anyone in this competition now.”

Taylor Canfield’s Quarter Final victory over Hans Wallén was equally comprehensive, the 3-0 win for the US One crew the only thing that really ran to form on what was otherwise a crazy, crazy day of the unexpected.

The breeze dropped significantly for the afternoon session, demanding a much more subtle approach to racing the M32, with the crews opting to fly gennakers upwind as well as downwind.

Phil Robertson hasn’t yet lost a match race in Marstrand this week, and the New Zealander looked in no mood to give Yann Guichard even a sniff of a win this afternoon. Robertson identified the Frenchman’s lack of match racing experience as a potential weakness, and harried the Spindrift skipper in the start. The Kiwis led off every start line and never looked threatened by the French. Another 3-0 scoreline.

The sacrificial lamb of the final eight would surely be the 23-year-old, wet-behind-the-ears Australian, Matt Jerwood. “It’s pretty amazing to be going up against Iker Martinez,” he said before racing. “I’ve done a bit of 49er sailing, and Iker was the guy that I used to read about when I was growing up, winning Olympic gold medals and world championships.”

If Jerwood was overawed by his opponent, it never showed, even if the Spanish did get the better of the Aussies in their first match to take a not-unexpected 1-0 lead. At the start of the second match, Jerwood was stopped and looking vulnerable next to the pin end mark, and the early lead was there for Martinez to seize. Inexplicably the Spanish skipper dived to leeward of his dead-in-the-water opponent, maybe to get the hook on Jerwood. But with nowhere to go, instead of hooking his man, Martinez hooked the mark on the underside of his trampoline as the two floats of the M32 sailed over the top of the buoy. A big, unforced error by Team España.

So an easy, score-levelling win, handed on a plate to Jerwood, and a big shift in momentum as the young Australian never eased up the pressure on Martinez after that. “Iker is an amazing sailor – and all of his guys are too,” he said. “But if there was anything he might be weak at, we thought it would be the start.” Like Robertson against Guichard, Jerwood put his foot on Martinez’s throat and won the next two matches with ease. “That was awesome, definitely the highlight of my short sailing career.”

Tomorrow would be an even better day for Jerwood if he and his young crew – average age less than 22 – were to run away with the £1 million prize bonus for winning the World Championship Finals. While today’s breeze was softer, the week has been predominantly windy, and Saturday could be the windiest yet. Will that play into the hands of Canfield, the only favourite still standing in this competition? Maybe, but the other three have also proven very quick and capable of muscling the M32 around the track in the big breeze.

Canfield admitted that his path to the world crown might have been made easier by the likes of Williams, Martinez and Guichard being removed from the competition, but he’s taking nothing for granted. In fact he wasn’t even that surprised at today’s upsets. “To be honest, not at all. Today is proof of how great the competition is on the World Match Racing Tour,” said Canfield, who is looking forward to facing off against his training partner. “Steeley is a great guy. We have a great relationship with his team. It should be a great battle. Win or lose we’ll be happy, because one of us will go forward to the Final.”

Steele is unfazed by the former World Champion’s reputation. “We get on really well with Taylor and his guys. I race with him in other events, and we’re good mates off the water. He has all the experience, so I guess this is a bit of a Grasshopper and Sensei story. Let’s see how it all unfolds tomorrow.”

Live coverage of the Semi Finals and Final  from 1400 local Swedish time. 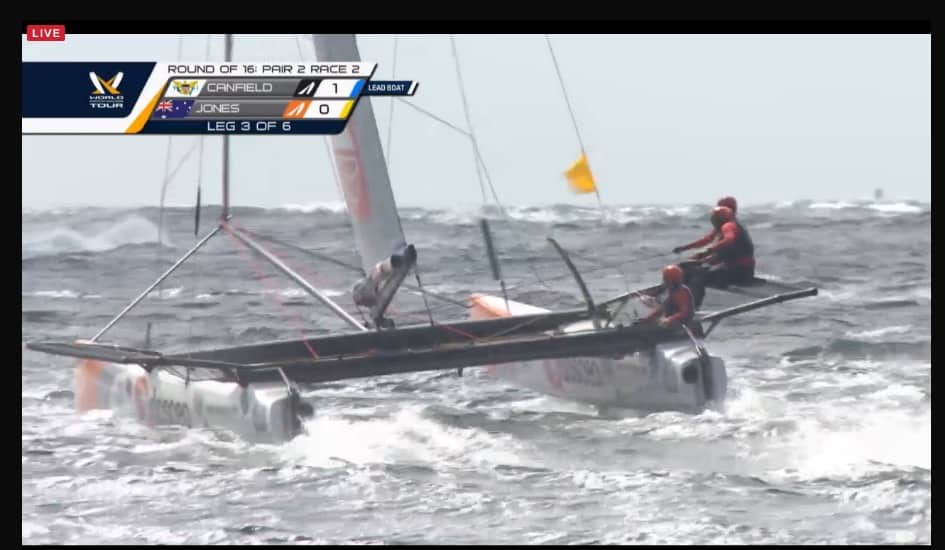 Competitive yacht racing’s biggest ever first prize bonus is set to go to the winner of the 2016 World Match Racing Tour final in Marstrand, Sweden

Racing in windy and choppy conditions are challenging the crews and making spectacular sailing … don’t miss the action  on the Sailing Channel on dreamsports.tv 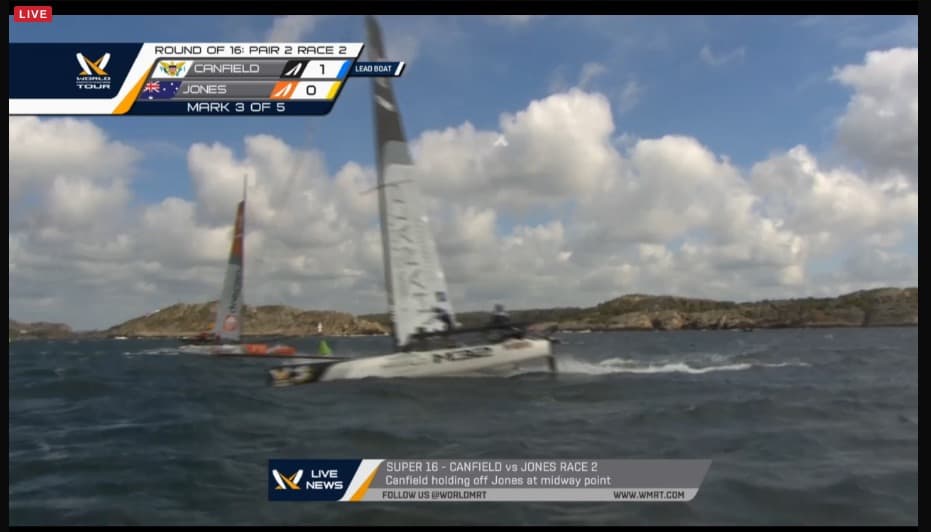 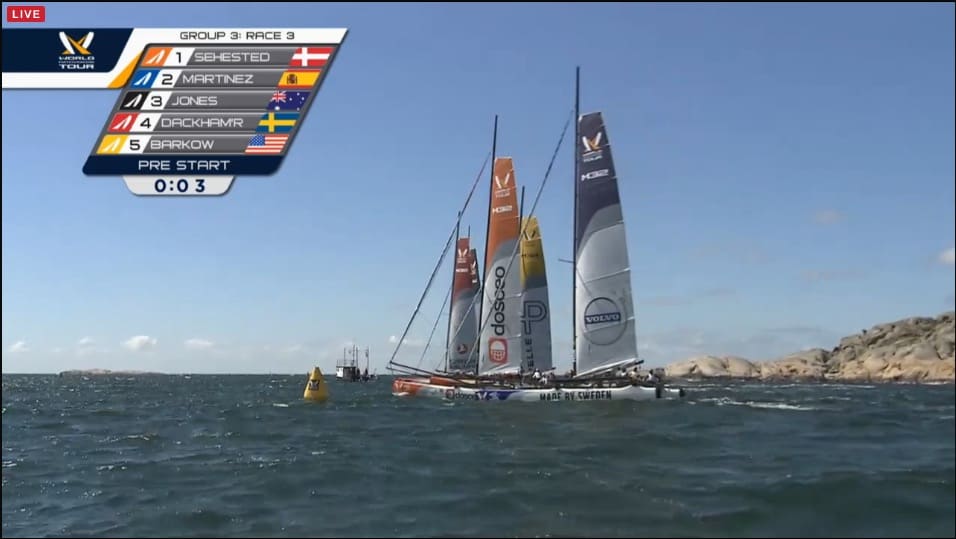