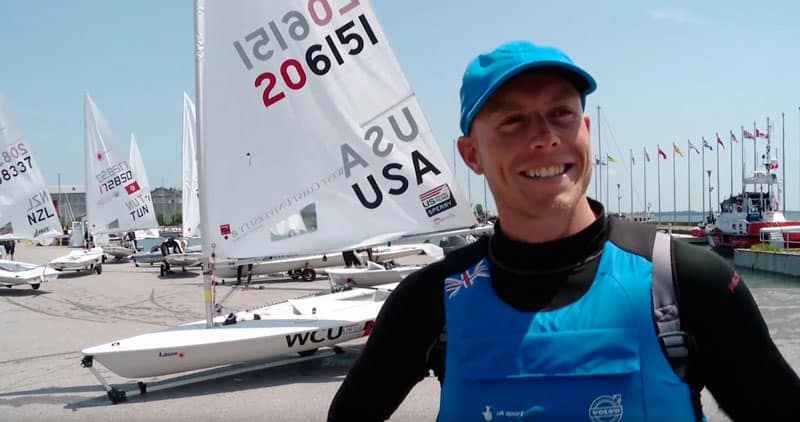 Nick Thompson  was happy to get a second consecutive World Championship with the Laser Worlds  in Vallarta, Mexico, on Wednesday (18 May).
The Lymington sailor clinched victory by 12 points over French rival Jean Baptiste Bernaz to add a second world title to his maiden victory in 2015, having led the seven-day regatta from the outset. Bronze went to the Netherlands’ Rutger Van Schaardenburg.

Thompson is the third British World Champion to be crowned this year in the ten Olympic classes with just 79 days to go until the Rio 2016 Games, joining Laser Radial Alison Young and four-time Finn Worlds winner Giles Scott on top of the Worlds podium and seeing the British Sailing Team top the 2016 World Championship medal table across the Olympic disciplines.

Thompson takes great confidence from this latest triumph as he heads towards his first Olympic Games, but is not about to take his foot off the gas in his quest for the Rio podium.

“It’s pleasing to have done this because it shows we’re moving in the right direction and the things I’ve been needing to work on have been covered.

“Rio’s a very tricky venue and is different to what we’ve had here so I think there’s still some work to do, but pretty much I just need to maintain the hard work we’ve done already and I think we should be in a good place.”

“I’m so pleased for them and they both work so hard. It puts us in a great place going into Rio and we’re looking like one of the teams to beat which is fantastic. I’m really pleased to have joined the other two.”