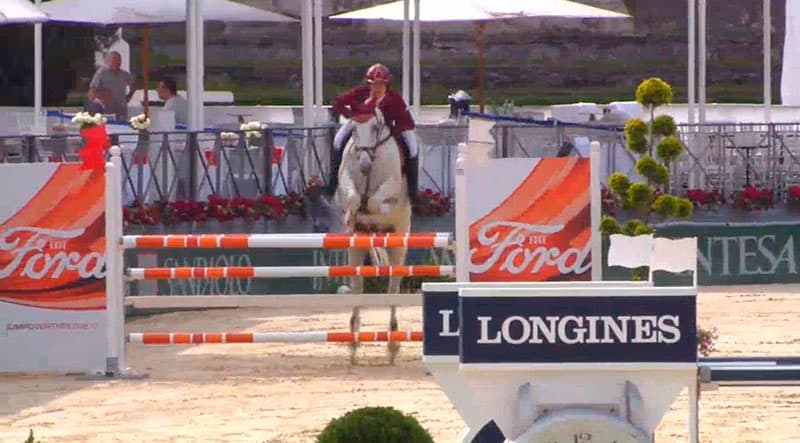 Piazza di Siena welcomes the Best in the World!

Everything is ready for the 84th edition of CSIO Rome Intesa Sanpaolo – Piazza di Siena Master fratelli d’Inzeo which takes place at the beautiful Piazza di Siena in Rome from 26 to 29 May and looks set to be the best ever!

The facts speak for themselves – 67 competitors from 16 countries including 7 of the top 10 riders on the Longines Rankings, 8 of the world’s best teams, 3 Olympic champions, €600,000 in prize-money, and  the most elegant venue.

The list of competitors just sparkles with quality, with world no. 1 Simon Delestre heading up the French contingent, while the 2000 Olympic and reigning World and European champion Jeroen Dubbeldam leads the crack Dutch team. Reigning Olympic individual gold medallist, SteveGuerdat from Switzerland, is right on top of his game having claimed the World Cup title for the second season in a row just a few short weeks ago, and the home crowd will have plenty to shout about because their top-rated rider, Emanuele Gaudiano who is 19th in the world rankings, has been passed fit to compete after injury.

Like all the other top names, Gaudiano will be chasing down the trophy in Sunday’s Loro Piana Grand Prix City of Rome in which Sweden’s Henrik von Eckermann will be defending the title he won 12 months ago. But the first big test will be Friday’s Furusiyya FEI Nations Cup™ presented by Longines in which the home side will do battle with Canada, Germany, Great Britain (2015 winner), France, Sweden, USA, and the most feared nation of all – The Netherlands.

Dutch chef d’Equipe, Rob Ehrens, sends out the formidable side that claimed team gold at the World Equestrian Games in Caen, France in 2014 before winning the European Championship title in Aachen, Germany last summer. And with a victory already under their belt following last Friday’s Furusiyya leg at La Baule (France), Team Netherlands are clearly in flying form again this season. Jeroen Dubbeldam, Maikel van der Vleuten, Gerco Schroder, Jur Vrieling and Harrie Smolders will be wanting to confirm their places in their national side ahead of the Rio 2016 Olympic Games, and a strong performance at Piazza di Siena will go a long way towards doing just that.